Station wagon ‘Combi’ models are a firm part of the modern Škoda line-up: a tradition which began in the early 1960s. One lesser known wagon, however, is Škoda’s prototype ‘Hajaja’, which was based on the utilitarian 1000 MB. 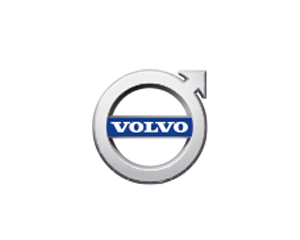 The Škoda 1000 MB with its rear-mounted engine and rear-wheel drive was a mainstay of the European one-litre class in the mid-1960s. The basic version of the model – known in its native Czechoslovakia as ‘Embéčko’ – was a four-door notchback. But there were also plans for a coupé, a roadster and a station wagon

While the coupe eventually became a reality, the roadster and wagon didn’t make it past the prototyping stage. The prototype 1963 Škoda Type 990 ‘Hajaja’ estate – the only example ever produced – is now a permanent exhibit at the Škoda Museum in Mladá Boleslav.

Škoda’s most popular estate model has always been the Octavia Combi; a model which traces its lengthy history back to the first prototype, created in September 1959.

After going on sale in 1961, the car was a sales winner both at home in then Czechoslovakia, as well as in other markets. In the decade that the first generation was available, 54,086 Octavia Combis left the plant in Kvasiny. From 1997, the first modern generation of Octavia Combi models continued to build on this tradition.

Around the time the first Octavia Combi was being prototyped, the Škoda 1000 MB model – at the time considered one of the biggest technological leaps forward in the company’s history – was also being prepped for mainstream manufacture. The 1000 MB saw the company turn away from a classic front-engine/rear-wheel drive layout and shift the entire drivetrain to the rear: modern conceptual thinking at the beginning of the 1960s.

In April 1964, the first notchback 1000 MBs rolled off the production line. The utilitarian model would contribute to seeing Škoda’s total production almost quadruple in the ten years between 1963 and 1973.

The 1000 MB research and development process involved the creation of fifty prototypes. Besides several variants of the closed four-door notchback bodywork, an open-top Škoda Type 990/991 Roadster with 2+2 seats and rear engine was also created (but never saw mass-production).

Then, in February 1963, the 34th prototype test mule emerged: a notchback vehicle with 31,000km on the clock that had been converted into a station wagon.

In creating this new style, the designers had been faced with the problem of having to place the engine in the rear under the boot floor. The in-line four-cylinder was positioned horizontally with the cylinder head to the left. This engine mounting position was given the nickname ‘Hajaja’, which was the name of a bedtime story program broadcast on Czech radio at the time.

To the right of the engine was a water cooler because Škoda did not rely on air cooling like its European competitors.

The cargo area was accessible through an upward opening tailgate fixed in the upper position with a metal strut. With practicality always at top-of-mind, objects with a length of up to 1600mm could be transported in the 4150mm long, 1620mm wide and 1400mm high estate model. The wheelbase of 2400mm still corresponded with that of the standard 1000 MB notchback.

The position of the engine behind the driven rear axle made space for a second luggage compartment in the front of the vehicle, which at the same time served as a crumple zone.

During its three-week test programme, in which the prototype wagon completed around 7000km, consumption of 7.6-litres/100km was measured at an average speed of 74km/h. The prototype’s 998cc four-cylinder engine delivered a modest output of 31kW, accelerating the ‘Hajaja’ to a top speed of 115km/h.

While the vehicle’s spacious interior and generous amount of room in the two luggage compartments were seen as distinct advantages, its complicated engine installation under the luggage compartment floor – which the factory could already see was going to make maintenance in a time when customers worked on their cars themselves considerably more difficult – was seen as a big disadvantage. There were also problems with cooling the four-cylinder engine due to the limited space available.

These barriers contributed to Škoda deciding not to produce the ‘Hajaja’ estate after all, making the Skoda Museum’s sole burgundy-coloured example possibly the most priceless Combi in existence.