Bigger and more modern than ever, the Volkswagen T6.1 commercial van range takes all that was great about the iconic Kombi and turns it up to eleven. 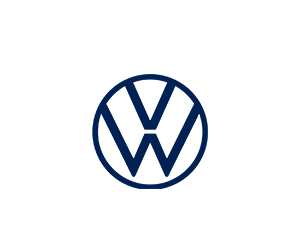 From its Kombi roots, the T6.1 has been reimagined and completely modernised with state-of-the-art driver assistance and infotainment systems and is available in a multitude of guises.

It was only recently that Volkswagen was celebrating its 70-year milestone with a true icon affectionately known as the Kombi. Based on the Transporter platform, the original 1950’s Kombi – or ‘T1’ – was produced in Europe and has led to six generations of the iconic van, selling nearly 12 million units worldwide.

Fast forward to 2020 and Volkswagen New Zealand is gearing up to launch its latest iteration of this commercial icon, the T6.1 van range.

“From its Kombi roots, the T6.1 has been reimagined and completely modernised with state-of-the-art driver assistance and infotainment systems,” says General Manager, Kevin Richards.

“Take the updated front grille that compliments its fresh new look, or the iconic two-tone paint scheme option. Drivers should and get ready to turn heads wherever you go”.

Within the cabin, the redesigned dashboard brings a new level of sophistication with an eye on future use. The T6.1’s 10.25-inch digital cockpit has high-contrast clear graphics to reduce the time drivers spend with their eyes off the road.

There’s more choice than ever before as well, with the T6.1 iteration now available in California, Multivan, Caravelle and Transporter. Finding the perfect model for all every transportation need is easy.

Standard on the California and available as an option throughout the range is 4MOTION AWD, matched with Volkswagen’s highly efficient 2.0-litre turbodiesel engine and DSG dual clutch gearbox.

The Transporter 6.1 has the iconic spirit but also the customisable wheelbase including short and long vehicle configurations. With the choice of optional barn doors or lift-up tailgate the, Transporter 6.1 will make life on the road easy, whether it’s the weekday duties or a weekend lifestyle that the van needs to fulfill.

Elsewhere in the range, the Caravelle 6.1 is ready for business. Available in a range of seating options for up to nine people, this practical layout also includes easily adjustable individual seats with lumbar support for optimal driver comfort.

The T6.1 family offers a solution for all. Arriving on New Zealand shores this spring, Volkswagen Commercial is set to bring a completely new look to Kiwi roads while staying true to the Kombi spirit at heart.

The forthcoming eighth generation Volkswagen Golf GTI will underline its stereotypical sporty and engaging character with an all-new Vehicle Dynamics Manager system for even more performance.

The GTI is about to be overtaken