The doctor is in

As Nano girl, Dr Michelle Dickinson is on an adventure, bringing science and all the explosions, flames and liquid nitrogen therein to kids everywhere. 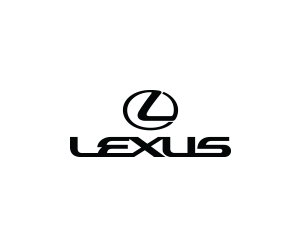 As a nanotechnologist, she is working to change the way engineers utilise surface materials on boats, aeroplanes and more. In each instance, a pure and total fascination with science is what propels her forward, both on stage and in the laboratory.

“Forget the Dinosaurs, one of the saddest things is the extinction of the screw.”

In many ways, Nanogirl – her flame-throwing, crowd-thrilling alter-ego – is more conventional than the woman who became a world leader in the field of nano-mechanical engineering despite failing high school.

Dr Michelle Dickinson says this without a touch of irony. I'm surprised, intrigued and mostly relieved after anxiously looking up super-hydrophobic coatings and Nano-mechanical engineering ahead of our interview with New Zealand's scientific crusader.

“The fact that screws have become extinct is a big challenge,” she continues.

“I want our kids to be creators, not users of tech. When I was at school, we could take things apart and learn about them. The lack of screws puts today's kids at a disadvantage; they can't see how things work.

The irony that scientific advances in bonding technology are to blame for what she describes as the extinction of screws is not lost on Dickinson.

Still, she isn't giving up on Archytas of Tarentum's 2500-year-old technology combined with some equally old-fashioned deconstructive discovery. "If you've got kids, find something with screws and spend an afternoon on a treasure hunt finding out how it works,” she enthuses.

Dickinson isn't espousing an academic theory; she's talking from personal experience. The once-ubiquitous Phillips-head screw is responsible for her career, and for Nanogirl.

“A squiggly line of chaos” is how Dickinson sums up her career path. The description is perfect; her career and her life have followed a path best described as improbable.

I was rubbish at school, but I was good at tinkering.

Dickinson's love of taking to pieces whatever she could find at home was driven by a fierce curiosity to understand how everything worked. The tinkering was whole-heartedly encouraged by her father, who was at the time studying to be an electrical engineer with the Royal Air Force. He bought her a soldering iron when she was eight.

It helped her reassemble the family's prized computer after she'd 'inspected' its workings. Then she taught herself to code. Her practical understanding meant that despite failing academically, Dickinson was developing a hands-on level of knowledge that would see her complete a master’s degree in Engineering at Manchester University, followed by a PhD in Biomedical Materials Engineering at Rutgers University in the United States of America.

Raised on Royal Air Force bases across the globe, Dickinson has never really settled. Her mother was Hong Kong-Chinese and her father British-Maltese. This meant she grew up surrounded by multiple languages and cultures. Dickinson was part of everything, but in many ways, she was also part of nothing.

"I got to pick a home and be where my heart sings and where my soul belongs. When I put two feet in Aotearoa, I knew I was home."

That was a decade ago; a decade since she set up a nano-mechanical research testing laboratory at Auckland University, and indulged her life-long passion for smashing things into an insanely massive level of ‘tiny’.

I discover that Dickinson is determined to perfect super-hydrophobic coatings using Nanotechnology. Inspired by the super-hydrophobic surface of lily pads, Dickinson wants to create water repelling coatings that stop boat hulls getting fouled and mean aeroplane wings never ice up. She hasn't even set anything on fire, and her sheer level of wonder and passion have reeled me in.

A self-confessed petrol head who is just as happy spending hours repairing her beaten-up old van, Dickinson is also fascinated by autonomous vehicles and the reimagination of mobility.

“They could bring the stores, and the world to you. You and your neighbour probably do similar things, but don't realise – algorithms could combine them to reduce the number of cars on the roads, for example.”

Painfully shy, Dickinson stumbled into the spotlight because of her lack of confidence as a public speaker and a desire to gain media skills.

“Part of the media skills course was a visit to TVNZ. During the station tour they asked if anyone wanted to be a TV scientist. I was terrified, but this was overcome by a desire to spread the word about science."

That increased confidence has meant Dickinson is often the voice of science in New Zealand, speaking up against anti-vaxxers, anti-fluoridation campaigners and recently even standing up for Vodafone's soon-to-launch 5G network.

Guest appearances on breakfast television gained her a public profile, but the genesis of the non-profit Nanogirl project was standing in the lecture theatres at the University of Auckland.

"I realised that the generation I was teaching was not as diverse as I would like them to be. You make great teams from diverse types of people and learners. So, my next calling was how do I empower different types of Kiwis to access this kind of education?

Part of the problem, she says, was a gender imbalance.

The Nano Girl Show is heavy on explosions, flames and liquid nitrogen; all combining to showcase the fun side of science. But the show wasn’t developed as the result of a desire for the bright lights of fame.

We're doing well in New Zealand… and we're also doing terribly. Our engineering workforce is 13 percent female; in the UK it's 6 percent.

Nanogirl audiences, by contrast, are 52 percent female. Correcting the gender, race and even socio-economic disparity is only part of Dickinson's mission, however. She wants more students like her.

"We become so focused on academics and qualifications that we value the certificate more than the expertise and skill. Seeing that ‘A-ha!’ moment in kids who've been told that they can't is the best feeling, because I was once one of those kids.

“If you're not good at school, you're not thought of as good. If we want to engineer the best things and invent them, and you actually need lots of different people to do that."

Dickinson offers Peter Beck as the perfect example; the man who not only put New Zealand into space but also changed the way rockets get there never attended University. Recently, he was named as an Adjunct Professor of Aerospace Engineering by the University of Auckland.

“The hands-on approach of New Zealand innovators is the reason I feel so at home here,” she says.

Her work in has earned her the New Zealand Order of Merit, a Callaghan Medal and a Prime Ministers Award. But Dickinson freely admits that it is the thrill of the chase that drives her. It's the same feeling whether she is in the lab or on stage.

“I like being scared. It's a really important feeling; you become really focused. That's why I love adrenaline sports; I love the feeling of clarity that comes from it."

It’s the love of fear that feeds into her work as a scientist.

“I’m that kid who gets in trouble; who is seen as a troublemaker instead of an innovator. But those two things are interchangeable,” she concludes.

“Take risks, because if you win, you'll be happy. If you lose, you'll be wiser. And I'm a very wise person.”